When I was a kid I thought muscle cars were the coolest, fastest things on the planet. I owned a 1970 Plymouth GTX and I was fairly certain it was fast, that is until I begged my dad to take it to the local drag strip and let everyone see just how fast it was (I’d driven it to the track many times but was too young to actually drive it down the track). He agreed, and on warm Friday night we went. He staged and when the lights dropped…..the GTX slowly went down the quarter mile in a amazing 16.2 seconds at 87 miles an hour. Wait I though my car was fast. What’s the deal? I’d heard (and still do to my amazement) stories about factory cars pulling the front wheels on takeoff and burning up the track to the likes of 9 second passes. And yes dear reader, I believed them all. After all I was 16 years old who was I to argue with these older men who I looked up to. Never mind the fact that one could look at old magazine articles talking about super stock cars driven by the likes of Ronnie Socks that went mid 12’s, man your uncles Camaro running low 10’s in 1972 is freaking awesome, I wish I could have seen that! So I kept my eye out for these amazing factory cars racing at my local track that could fly, and it became clear that they must race somewhere else because all the cars at my track unless heavily modified were running 15 second quarter mile passes. That’s ok, when I grow up I’ll go to a big track where they are all tearing it up on a nightly basis. Maybe I’d even get to see a real deal HEMI race. Fast forward to my young adulthood, after I moved and visited a “big” track, low and behold, they were all burning up the track to the likes of 14’s. 15’s and 16’s. Hmmmm? What the #$@%*(&^&$#@! I’d been lied to and so have you. The truth is that even a somewhat modified muscle car (think aluminum intake, a double pumper and a set of headers) is still a fairly slow car by today’s standards. Factory Hemi cars back when they were new, regularly were tested by magazines and went mid 14’s and thats a Hemi! I had seen enough and set out to build a car that looked stock’ish and hauls ass! This is what is known as a sleeper. About this time, I heard about a class of racers back East called F.A.S.T, which is an acronym for Factory Appearing Stock Tires. There are some rules governing this class but i’ll make it simple, the car has to look stock and run the factory issued tires. Most of these cars are so gorgeous and meticulously maintained. they would win almost any show they entered. The F.A.S.T cars are just that, fast. Some of them even dip into the 9’s on bias tires, yes I said it, and this time it’s true. So I went to work researching how they did this. I mean they run exhaust manifolds and full exhaust for heavens sake! I am a professional car builder, engine builder, and mechanic and all I work on is muscle era cars, so I’ve learned a few speed tricks along the way, but this was another level for sure and I was determined to figure out the code. The fact that they were running big cube stroker engines with high compression was obvious, but after that it gets amazing. The weight saving techniques border on magical, and every component of the car and I mean EVERY one is modified. Factory carbs factory rated at 750 or lower now flow over 1000 cfm! Exhaust manifolds are extrude honed so thin that they glow after a run, intakes are cut open and reworked then welded back together in a fashion that even the most seasoned car guy cannot tell. The R and D is incredible and I love this sort of thing. Unfortunately the money required to pull off this sort of illusion is way above what I could afford, so I changed my plan. I would build a poor mans sleeper. My car needed to look somewhat stock. I would still run headers and drag radials, but I would have a flat factory hood and a full interior, no visible fancy ignition, no electric fan and water pump, engine painted factory color with all the aftermarket markings removed, hell I’m going to run steel wheels and hub caps and a vinyl top. You would think I was going to pull up to the lights and run a 14 or slower. Guess what, you would be wrong. I’ve pulled it off people!! My 1967 Plymouth GTX weighs 3770 lbs with me in it and runs 11.61 at 117.89 mph and that’s here in Colorado where the track is 6000+ feet in elevation (knock almost a second off that time at an sea level track). Now this is how a muscle car should run, and yes I could still win a car show! It was 1986 and I was twelve years old.  It was a sunny Saturday afternoon and I was riding my bicycle to my friends house across town.  That’s when I saw something that would change the course of my life.  Sitting at our local gas station was the coolest car I  had ever seen, I didn’t know it at the time but what I was staring at, with my mouth wide open, was a 1970 Roadrunner  it was an incredible example painted In Violet purple(plum crazy purple for the Dodge crowd), it was a 440 six pack car with an air grabber hood, and a four speed (why did the shifter have the handle from a pistol I wondered, ha ha ha).  This amazing car literally blew my 12 year old mind.

The car was complete with the roadrunner dust stripe and go wing.  I turned my bike around ditching my friend and went straight home. I ran into the house and yelled for my dad. I told him that we had to go see this car at the gas station because I wanted to know what it was.  Believe it or not, 12 was the time in rural Kansas when boys started to look for cars. The local cop would already let me take my dad's truck out for fun on Sundays without trouble. We jumped in the truck and drove down to the station. The Plymouth was just pulling out, it sounded amazing. My dad instantly said "Oh that’s an old Plymouth Roadrunner, you don’t want one of those, you will be working on it all the time. We need to look for a Chevy." With my dad being a Chevy man, let's just say he was not a Mopar fan.  Sorry pops no kind of Chevy would work, the die was cast I was a Mopar man!

So after a long talk I convinced him to keep a look out for any kind of Mopar. About two months later, after he went for a motorcycle ride with is friends, he came home and said, "I saw a Roadrunner sitting in a field for sale, it's green."  Well by this time, I had bought every car magazine available, especially the ones that had cars for sale. So I had a pretty good grasp of the Mopar lineup (keep in mind I was still 12). I asked him when we could go look at it, the answer was "right now" ( I think he was sick of me bugging him about cars by this time). We drove the 50 or so miles to see this “Roadrunner in a field.” As we pulled up into this guys huge yard (surely a field by most standards),  I instantly recognized what was not a Roadrunner but a 1970 Limelight green GTX!!!!!  Oh my, 440 auto car with white side stripe, white interior, and performance hood paint. Love at first sight!!!   After a furious test drive ( I really think my dad was trying to break it to prove a point) and a short negotiation, it was mine. It flawlessly made the 50 mile trip home. My dad was right about one thing, I did have to work on her quite a bit, but a labor of love for sure.

So that’s the story that began the infatuation that still burns to this day!!  Thanks for taking this trip down memory lane with me, now excuse me, I need to change the plugs in my GTX... 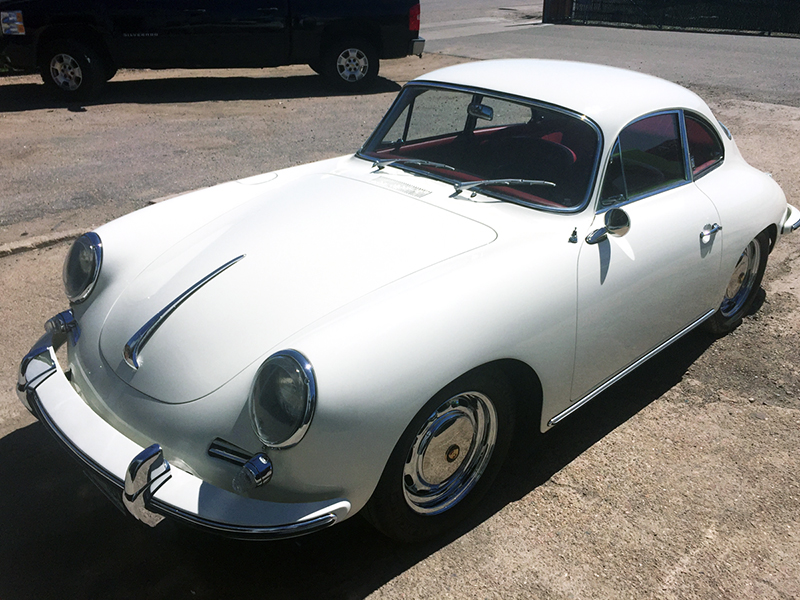 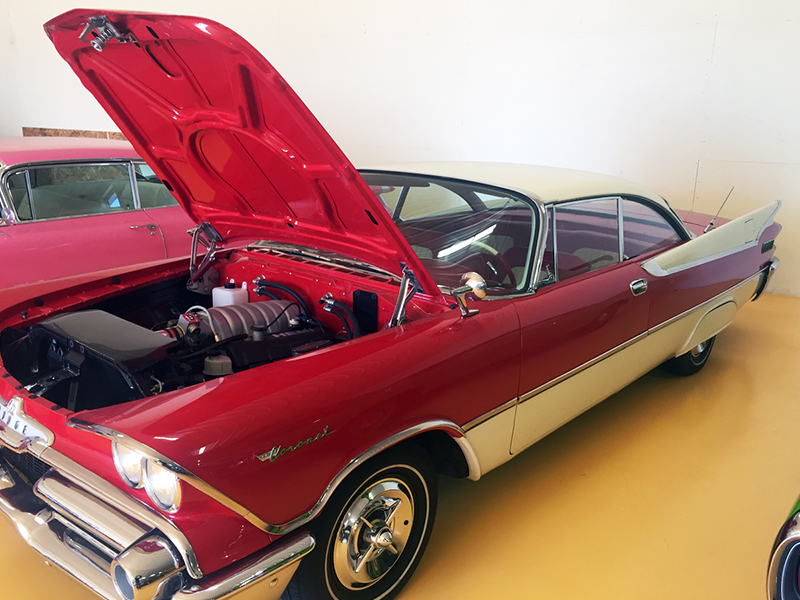 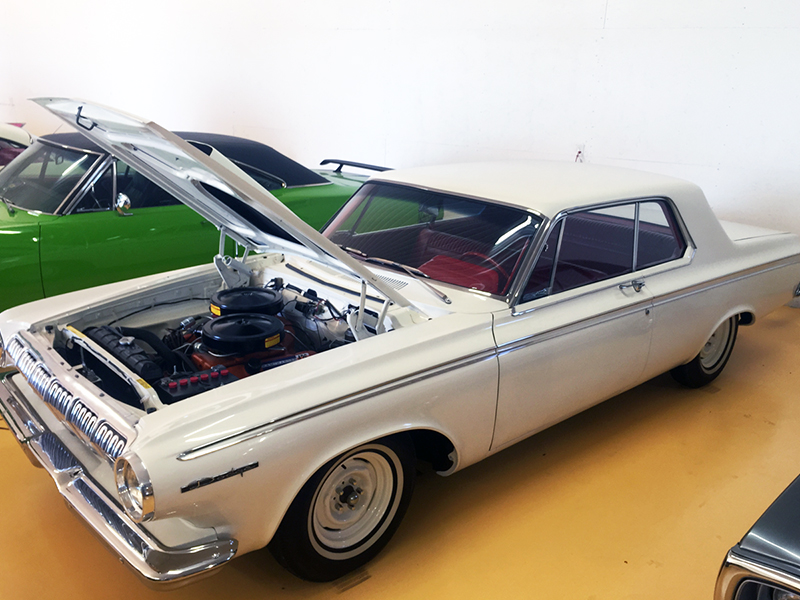 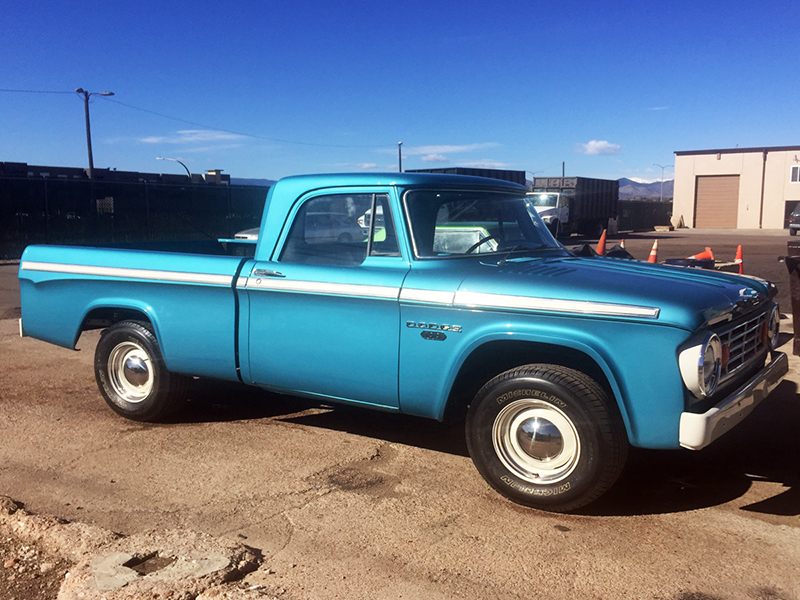 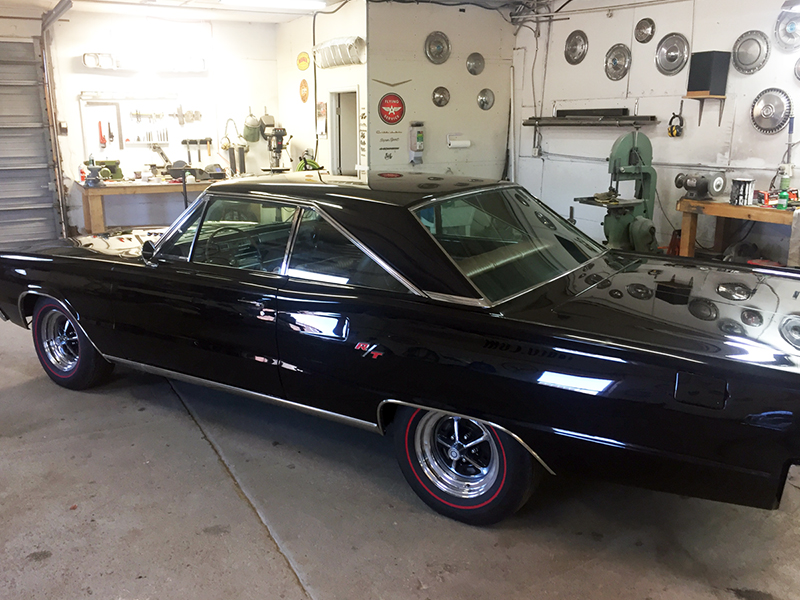 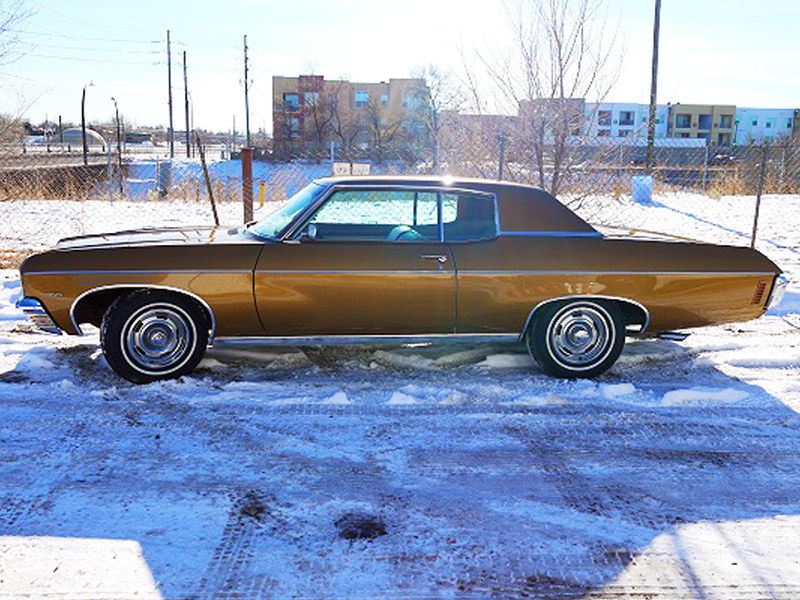 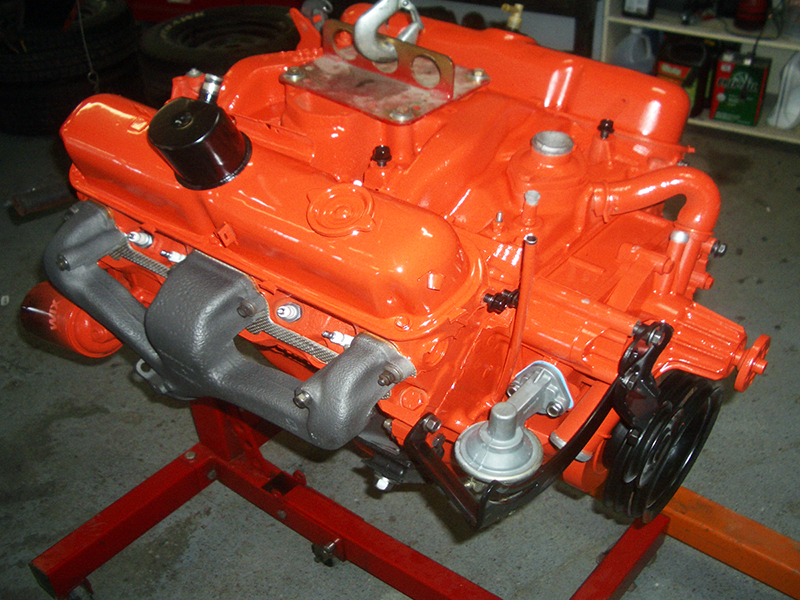 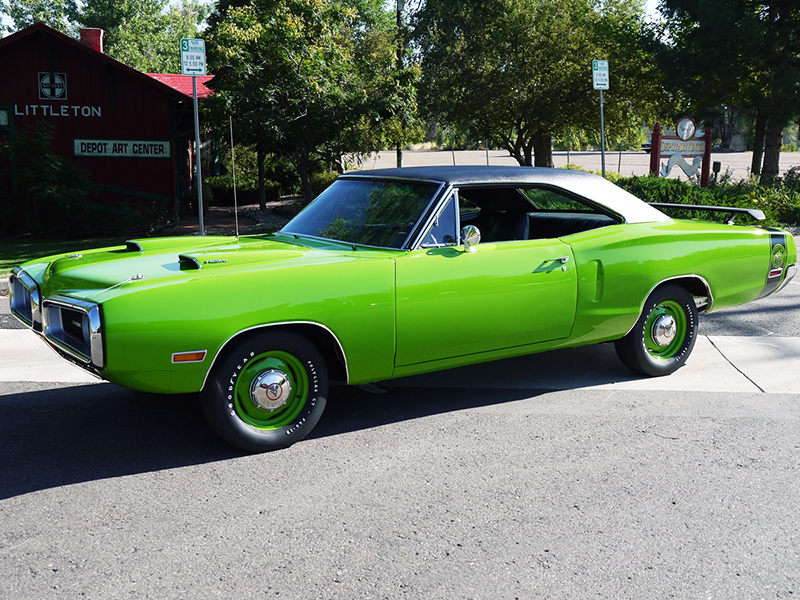 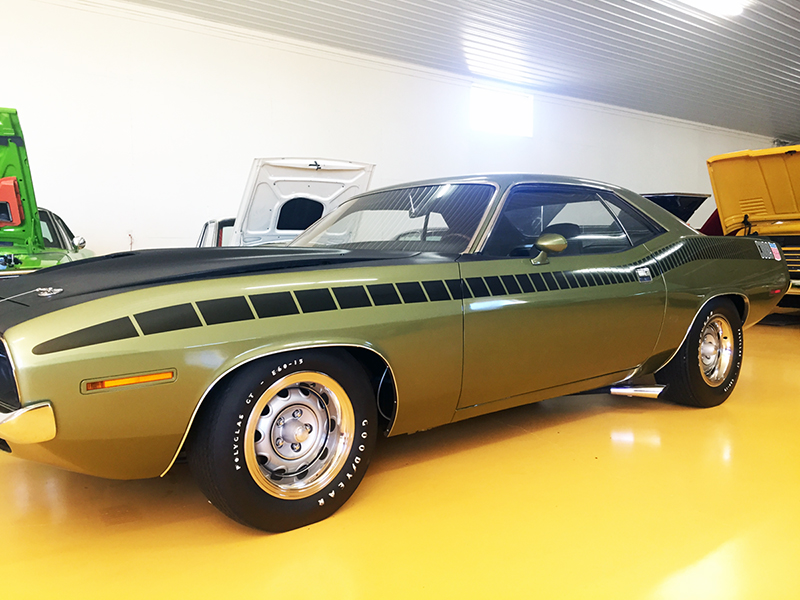 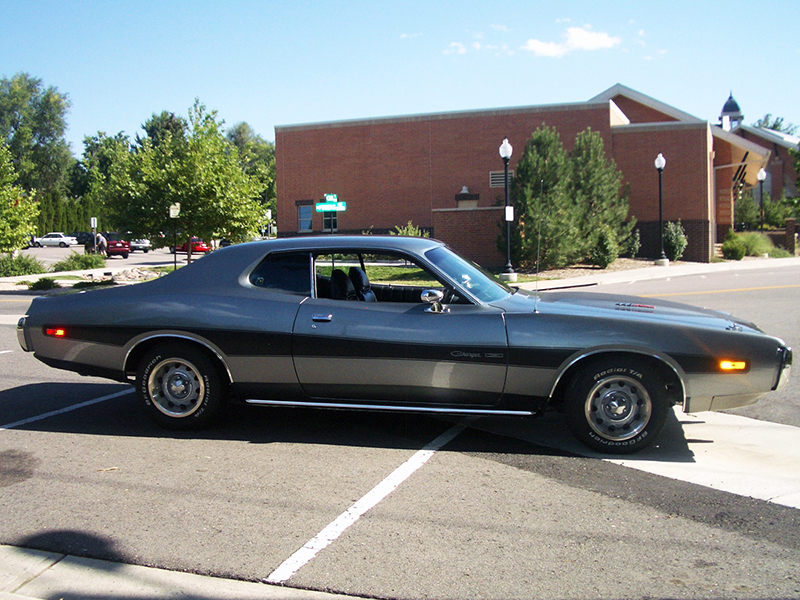